Sport Pedagogy and Psychology after A.Lalayan /

A. Lalayan is considered to be the founder of Sports Psychology in Armenia, Due to his efforts the scientific research laboratory was established at the Armenian State Institute of Physical Culture. In 1966 he was awarded by the title of the USSR science honoured worker for his impeccable and productive merits. In 1976 he became the member of the European and International Federation of sports psychology and was awarded by the medal of the federation. He was the author of more than 200 scientific articles, 15 educational and methodical manuals. He was the head of the department till 1983.

Since 2003 the sub faculty is headed by PhD of psychology, professor H.Babayan.

Since October 2015, the department was named Sport pedagogy and psychology sub faculty after professor A. Lalayan. 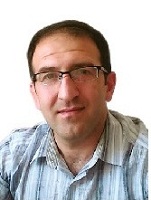 The head of the Lab.

Fundamentals of psychological preparedness in sport of high achievements

The workers of the department, students, master students, applicants take part in scientific researches, the results of which are published in articles of various scientific conferences.